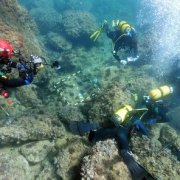 First, freedivers off the coast of Spain uncovered a treasure trove of 53 perfectly preserved gold coins from the Roman Empire, one of the largest collections ever found in Europe.  Scientists from the University Institute for Research in Archeology and Historical Heritage analyzed the coins. They found they were from the end of the 4th century and the beginning of the 5th century. 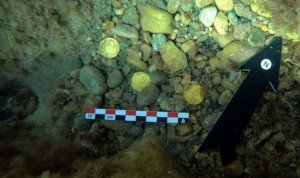 “It’s incredible. It’s every child’s dream to find a treasure,” Luis Lens, one of the divers said. Historians believe that the coins could have been intentionally hidden to avoid looting barbarians.

What makes the discovery even more unusual is how perfectly preserved the coins were. The coins will be restored and exhibited in the Soler Blasco Archaeological and Ethnographic Museum of Xàbia.

Then, ceramic jars full of emeralds and metal figurines were found in temple tied to El Dorado, a mythical city of gold. 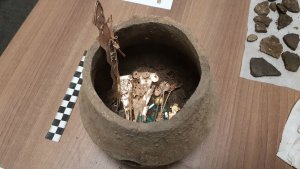 Archaeologists in Colombia found eight ceramic jars, with metallic figurines and emeralds inside, within a temple and its adjacent graves.

The ancient Muisca (also called the Chibcha) crafted the jars, called “ofrendatarios” approximately 600 years ago. The Muisca, whose civilization flourished in the region at the time, were famous for their metal-crafting skills.  It is believed that their work may have inspired the legend of El Dorado — a legendary city made of gold. 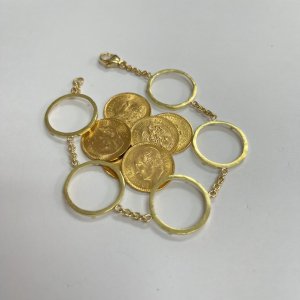 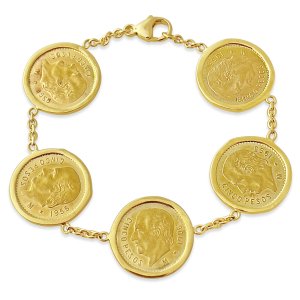 The craftsmanship from 600 years ago is still alive and well, right here in NYC. Everyday, Grants Jewelry works with artists to create the fine jewelry pieces for our valuable customers.  Later this week, you will see a collection of custom jewelry made from a rare coin collection that demonstrates such artistry.  We are proud to recognize centuries old craftsmanship and to bring that art to life today.

What Is The Evil Eye?
Scroll to top