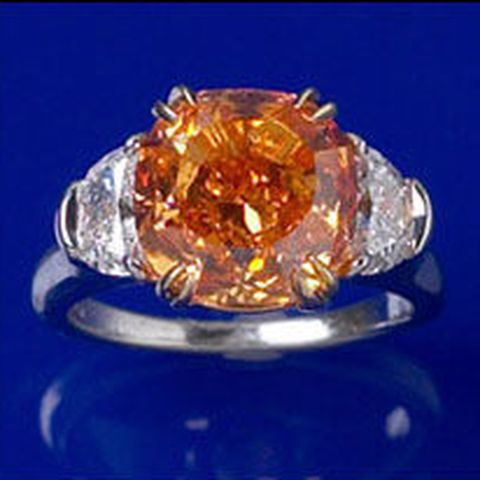 An 11.00 carat Brownish Orange piece of rough diamond was discovered by a farmer in the Central African Republic years ago, but he couldn’t have foreseen that it would one day become one of the rarest and most expensive Natural Fancy Vivid Orange diamonds in the world.

The piece of rough diamond ended up being cut and polished by William Goldberg of the William Goldberg Diamond Corporation.  A stunning 5.54 carat Vivid Orange Cushion Cut diamond emerged, was graded at GIA and then sent to auction at Sotheby’s.  On October 30th 1997, Ronald Winston of Winston Jewelers won the auction with a bid of $1.3 million and named the gem “The Pumpkin Diamond”, as it was the day before Halloween. 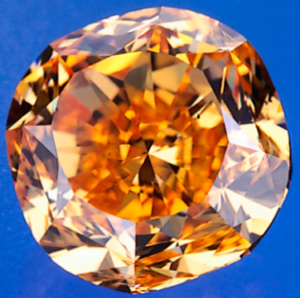 Winston had the diamond set into a ring with two crescent-shaped white diamonds flanked on either side of “Pumpkin”.  The ring was valued at more than $3 Million.  The exceptional ring was worn by Halle Berry in 2002, and it received international attention after her hand was photographed alongside her Academy Award. One year later, the diamond was taken out of its setting and was featured in the Smithsonian’s “Splendor of Diamonds” exhibit. 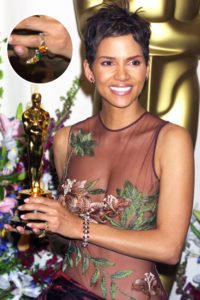 Halle Berry wearing the pumpkin diamond on her pinky finger.

Orange diamonds are one of the rarest Natural Fancy Color Diamonds. The Pumpkin Diamond is particularly rare, in that is pure orange without any modifying colors. Today this diamond would easily be worth ten times the price paid 1997 – possibly more! 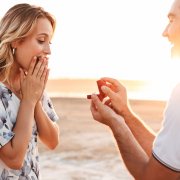 GIA Certification: Be Confident In Your Purchase 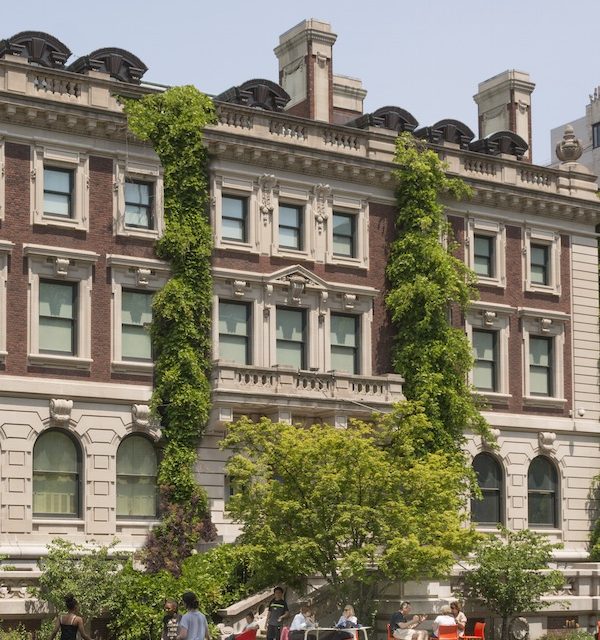 All About Fancy Colored Diamonds
0 replies