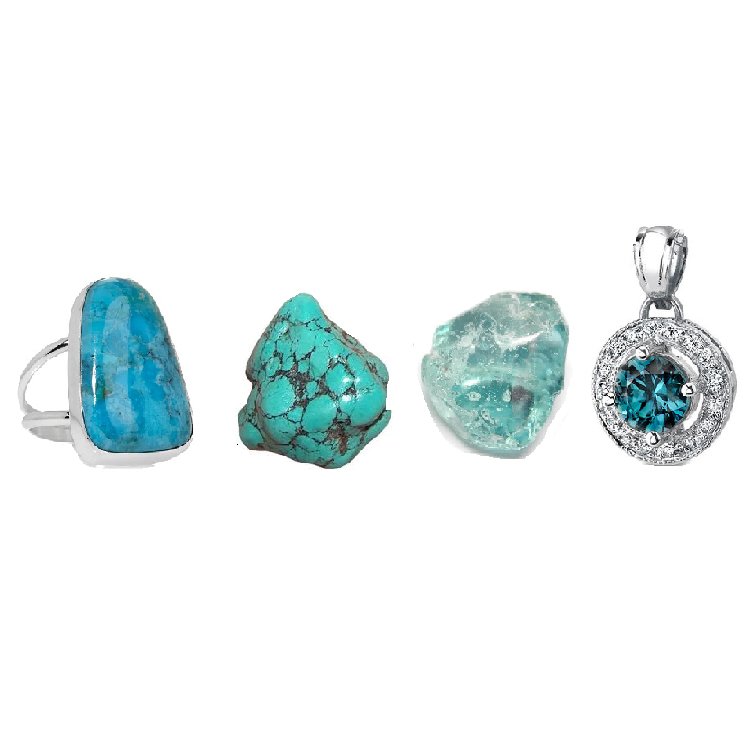 December’s birthstones offer three ways to fight the winter blues: tanzanite, zircon and turquoise – all of them best known for beautiful shades of blue. These gems range from the oldest on earth (zircon), to one of the first mined and used in jewelry (turquoise), to one of the most recently discovered (tanzanite). 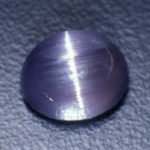 Tanzanite is an exquisite blue variety of the mineral zoisite.  Named for its limited geographic origin in Tanzania, tanzanite is a relatively recent discovery. Zoisite is more than a century and a half old, but this rare blue variety was first found in 1967. The color ranges from pale blue to intense ultramarine with violet undertones.  Tanzanite can display different colors when viewed from different angles. Stones must be cut properly to highlight attractive blue and violet hues, and minimize brown tones. 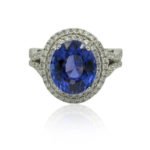 Few people realize that zircon is a spectacular natural gem available in a variety of colors.  The name zircon likely comes from the Persian word zargun, meaning “gold-colored.” Others trace it to the Arabic zarkun, meaning “vermillion.” Given its wide range of colors – spanning red, orange, yellow, green, blue and brown – both origins make sense.

Zircon commonly occurs brownish red, which can be popular for its earth tones. Most gem-quality stones are heat treated until colorless, gold or blue (the most popular color). Colorless zircon, known as Matura Diamond, displays brilliance and flashes of multicolored “fire” that can rival fine diamond. There’s one key difference though: Zircon is more brittle.

Blue zircon, in particular, is the alternative birthstone for December. Since the Middle Ages, people have believed that zircon can induce sleep, ward off evil and promote prosperity. 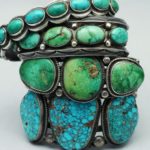 Turquoise is known for its distinct color, which ranges from powdery blue to greenish robin’s egg blue. Ancient Persia (now Iran) was the traditional source for sky blue turquoise. This color is often called “Persian blue” today, regardless of its origin. The U.S. is now the world’s largest turquoise supplier. The stone’s popularity here makes it a staple in Native American jewelry.

From ancient Egyptians to Persians, Aztecs and Native Americans, kings and warriors alike admired turquoise for thousands of years. It adorned everything from jewelry to ceremonial masks to weapons and bridles – granting power and protection, particularly against falls. 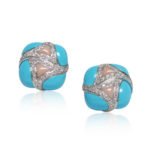 All of these stones are relatively inexpensive, but their beauty rivals precious gems. Colorless zircon is a convincing replacement for diamond, tanzanite often substitutes sapphire, and turquoise is unmatched in its hue of robin’s egg blue.

Whatever your style preference or budget, one of December’s three birthstones will match your true blue desires, or make the perfect gift for her December birthday or the Holidays!  Contact Susan today to beat the December Blues at (212) 398-1256 or [email protected]. 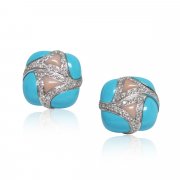