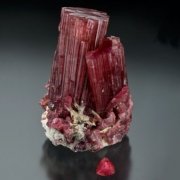 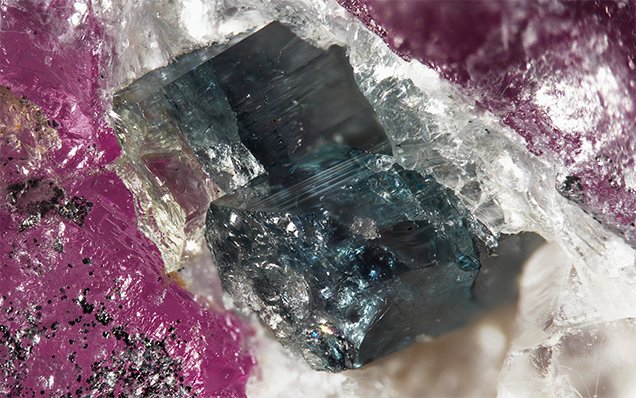 It’s easy to understand why people confuse tourmaline with other gems: the stone has a dazzling range of colors, from rich reds to pastel pinks and peach colors, intense emerald greens to vivid yellows and deep blues. People have probably used tourmaline as a gem for centuries, but they identified it as some other stone (ruby, sapphire, emerald, and so forth) based on its coloring.

Tourmalines come in a wide variety of exciting colors. In fact, tourmaline has one of the widest color ranges of any gem species, occurring in various shades of virtually every hue.  Perhaps this is why ancient mystics believed this October birthstone could inspire artistic expression – it has a color palette for every mood.  Many tourmaline color varieties have inspired their own trade names:

Cutters often fashion tourmalines as long rectangles. Making the cut parallel to the length of the rough crystal helps to reduce waste. But cutters also have to consider tourmaline’s optical properties – it can show different colors in different crystal directions. A crystal that appears pale green across its width can be very dark green—sometimes almost black—when you look down its length. 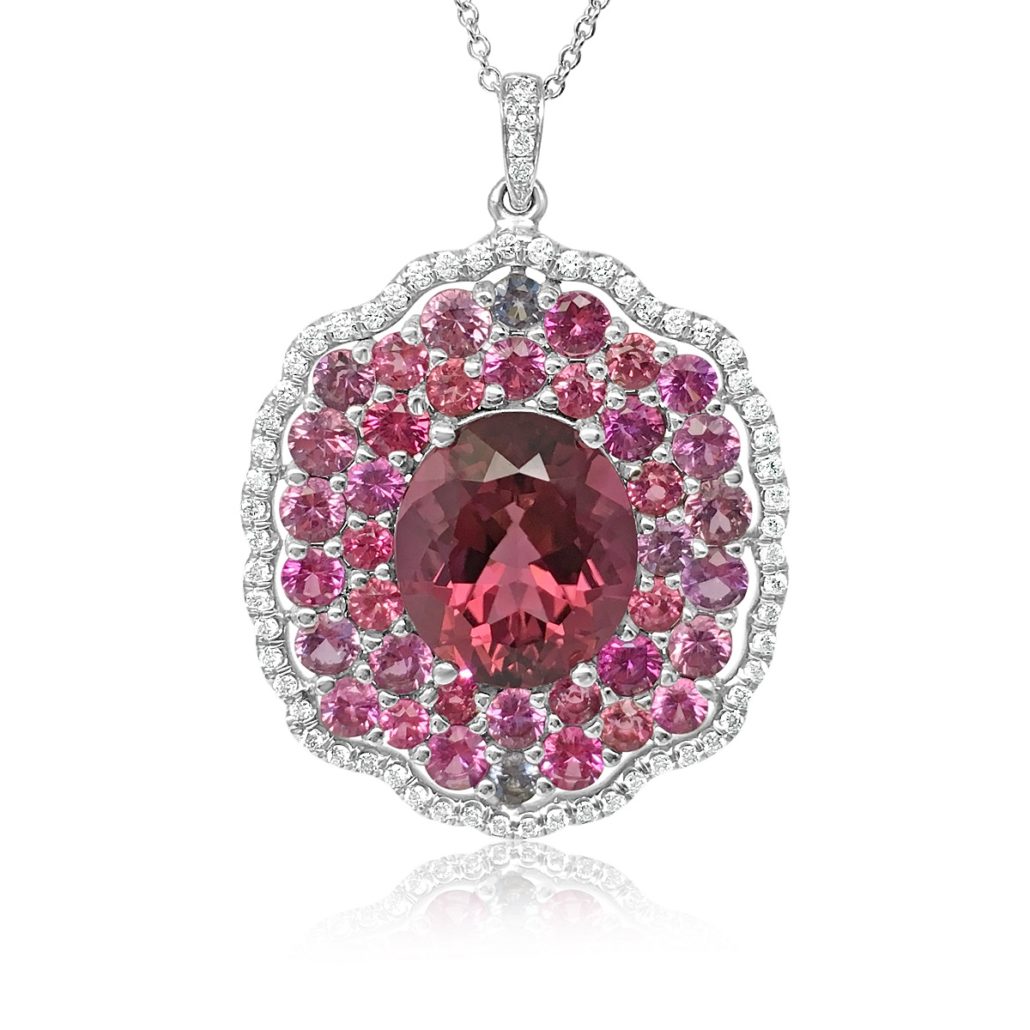 Tourmaline can be featured in many different types of custom jewelry, and is especially good for pieces with vibrant colors. Contact Susan for a consultation today and see how tourmaline could work for you!

Tourmaline – The “Other” October Birthstone
0 replies