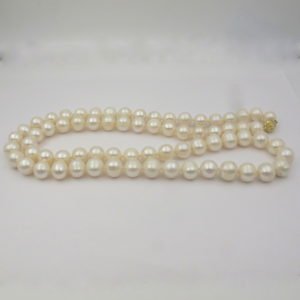 Why are pearls considered the world’s most mysterious of gems? Because of their origin and the manner in which they are formed.

Pearls come from shell fish, the most common of which is the oyster.  When a grain of sand enters and irritates the soft part of the oyster, a new substance is formed called nacre, a protective covering, the mother-of-pearl.  Within approximately six months, a pearl emerges from the shell as a radiant gem requiring no processing. 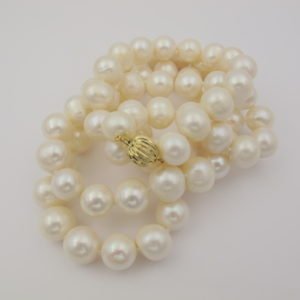 South Sea pearls are generally much larger than other pearl types and have a unique luster quality – a soft reflection due to the large aragonite platelets that make up the pearl. They also have the thickest average nacre of all cultured pearls. These factors make South Seas both distinctive and valuable. South Sea pearls have the highest value and command the highest prices of all types of pearls.

As with other saltwater oysters, the South Sea pearl oyster is bead-nucleated. However, the growth period is approximately 2-4 years, unlike the akoya pearls, which develop in less than half that time. Being a delicate organism, this type of pearl oyster is particularly susceptible to disease and stress, which is one reason why the culturing area for South Seas pearls is quite limited. Attempts to expand South Sea pearl farming have met with little success because the oysters do not thrive outside their native, natural environment.

Akoya pearls are the specialty of Japanese pearl farms. The first pearls to be cultured early in the 1920s, their white color and rosé overtone complement a fair complexion. Because Akoya pearls are a high-quality pearl, you’ll find them set with gold posts and clasps, and you’ll find they are well matched for size, shape, and color. You’ll also find few blemishes and a deep, beautiful luster.

You may notice that the Akoya looks very similar to the Freshwater pearl. When compared side-by-side, the difference is clear. Akoya pearls are on average larger, smoother, rounder, and more lustrous than Freshwater pearls. 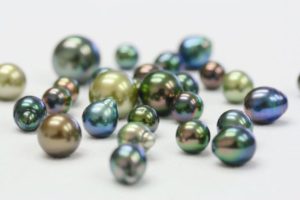 Tahitian cultured pearls offer a dramatic touch. The natural black color of these pearls comes from the color of the oyster’s black lips. These pearls are traditionally called “black,” but their color can range from a metallic silver, to the color of graphite. And within this range of colors they can have bluish, purplish, or greenish overtones.

Tahitian cultured pearls are cultivated from the black-lipped variety of the pinctada maxima oyster which reaches a foot or more in diameter, and produces very large pearls. This oyster is very sensitive to the pearl culturing process, which makes the pearls very costly to produce.

Most Freshwater pearls come from China, and are the product of an elaborate process in which a single resilient mussel can be harvested many times, yielding several pearls at a time. The Freshwater pearl looks remarkably similar to the Akoya. The only tradeoff is that Freshwater pearls are generally smaller, less symmetrical, and not as well matched when strung on a strand.

Freshwater cultured pearls can be created in a spectrum of colors. Many popular Colors – white, pink, orange, and other pastels – can be achieved through natural means, including the pearl mollusk’s genetics, what they eat, and the amount and type of trace metals in the cultivating environment. 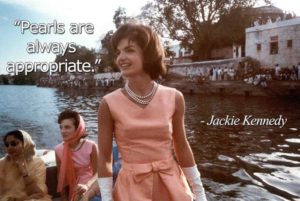 Elizabeth I ruled as Queen of England for forty years until her death in 1603.  Abstemious in many ways, she nevertheless fed her extravagant fondness for pearls—thousands of pearls. Her crowns were adorned mainly with pearls.  Imbedded into her starched and lacy coronets, her 3,000 gowns and 80 wigs were pearls. Necklaces, earrings, pendants, and yes, shoes—adorned with pearls—pearls of great price.

Grants Jewelry has a wide selection of pearls available to help you create the pearl necklace, bracelet or earrings of your dreams.  Contact Us today! 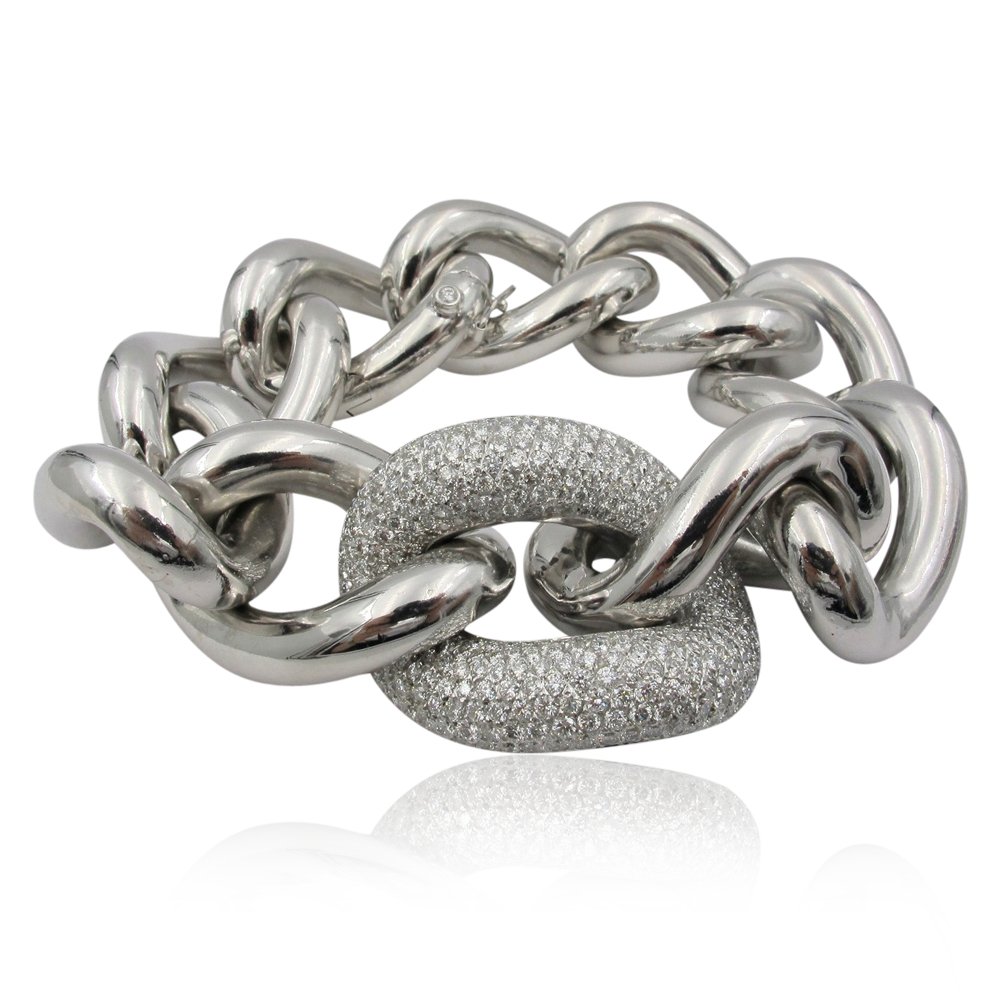 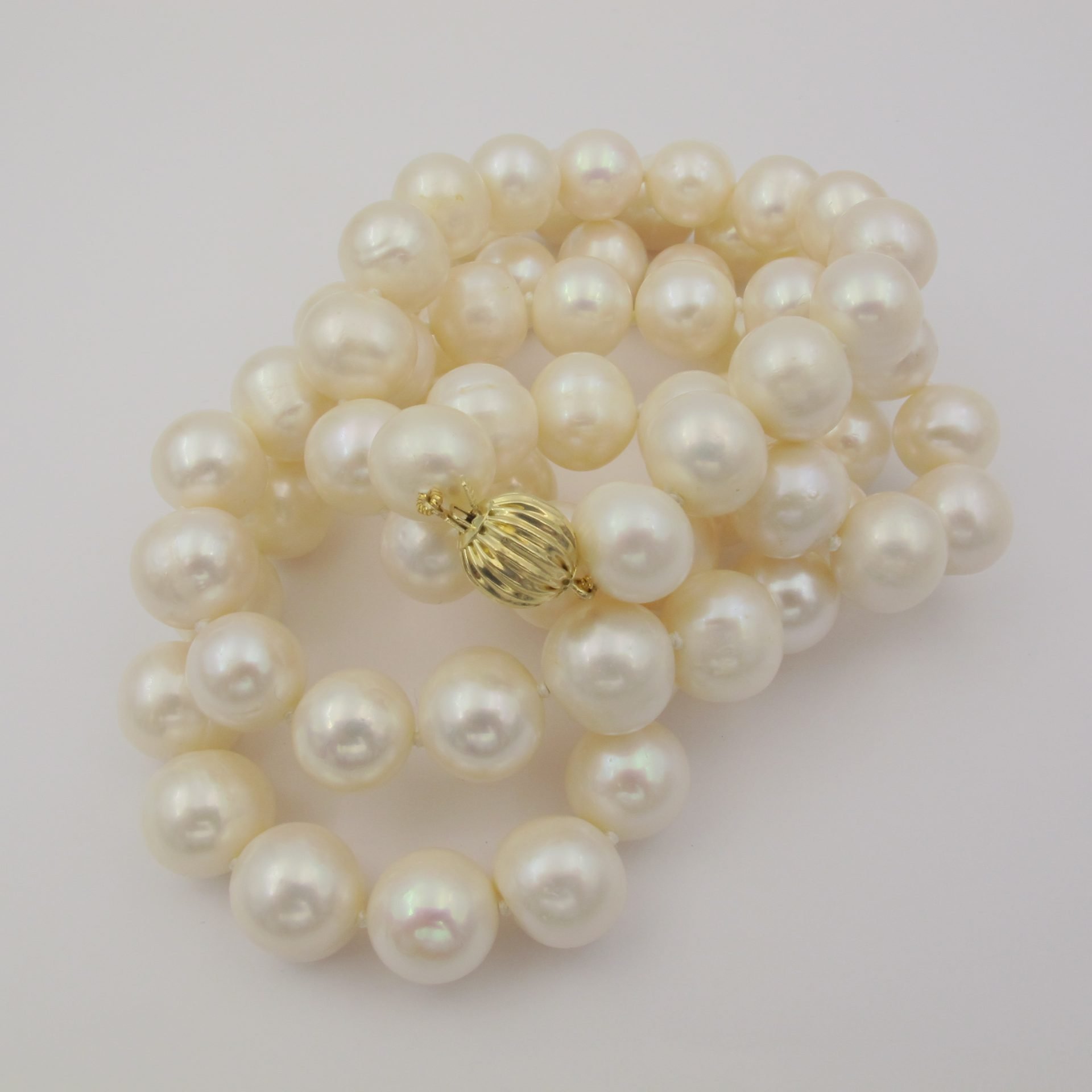 The real story about Cleopatra’s banquet and that pearl. 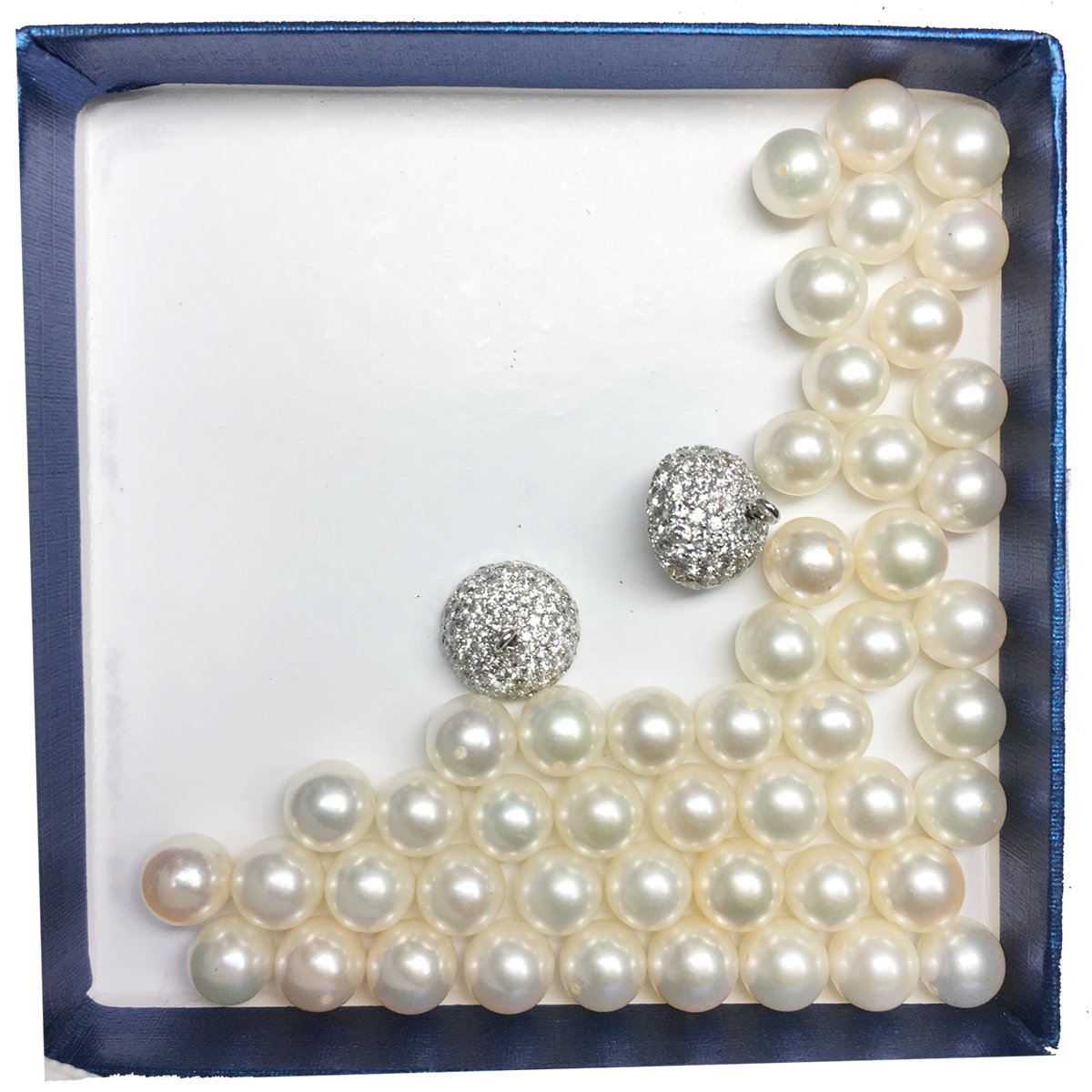 Outrageous Jewelry from Joan Rivers’ Private Collection Up for Auctio...