St. Valentine wasn’t just one person.
You may already know that Valentine’s Day was named after its patron saint, St. Valentine — but there’s actually some confusion surrounding which St. Valentine the holiday technically honors. According to History.com, there are at least two men named Valentine that could’ve inspired the holiday, including one Valentine who was a priest in third century Rome.

The Valentine’s Day we celebrate today has its roots in an ancient Pagan festival.  A Pagan fertility festival called “Lupercalia,” which was celebrated on February 15 in ancient Rome.  It wasn’t until until the Middle Ages, though, that the holiday became associated with love and romance, a tradition that first started from the belief in France & England that birds started their mating season on February 14.

Cupid has its roots in Greek mythology.

He’s the charming cherub that appears on Valentine’s Day cards, often depicted with a bow and arrow — but how did Cupid become a common symbol of Valentine’s Day? The figure can actually be traced all the way back to 700 B.C., to the Greek god of love named Eros, who was actually a handsome, immortal man with the intimidating power to make people fall in love. It wasn’t until the 4th century BCE that the Romans adopted Eros into the image of a cute little boy with a bow and arrow, naming him “Cupid.” By the turn of the 19th century, Cupid was linked to Valentine’s Day due to his love-matching powers.

The tradition of giving Valentine’s Day flowers dates back to the 17th century.  It can be traced back to when King Charles II of Sweden learned the “language of flowers” — which pairs different flowers with specific meanings — on a trip to Persia, and subsequently introduced the tradition to Europe. The act of giving flowers then became a popular trend during the Victorian Era — including on Valentine’s Day — with red roses symbolizing deep love. 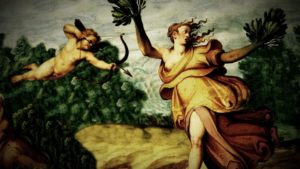 Americans spend a lot on love.  Not just on flowers, either. 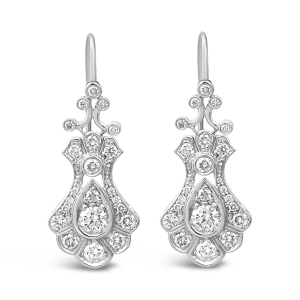 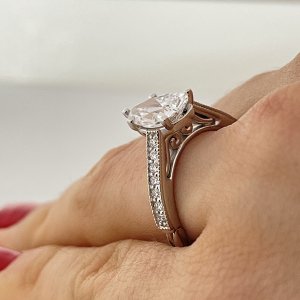