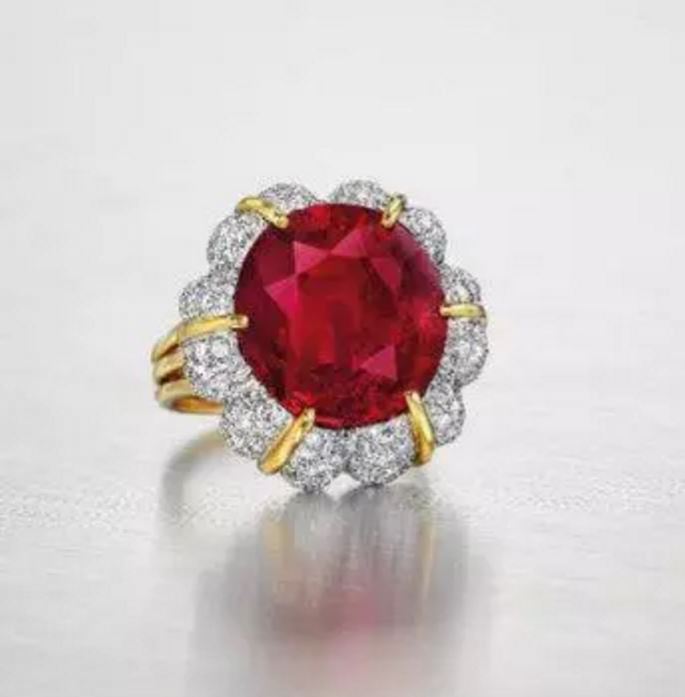 Christie’s set a record for the most expensive colored gemstone sold at auction in the United States with its sale of the Jubilee Ruby (pictured) on April 20 in New York.

The 15.99 ct. Burmese ruby and diamond ring by Verdura was estimated to sell for between $12 million and $15 million and fetched a price of $14,165,000. Christie’s disclosed that it was sold to a private European buyer.

“After selling the Jubilee Ruby, the most expensive colored gemstone sold at auction in the United States, we look forward to May 18 in Geneva where we will offer the 14.62 ct. Oppenheimer Blue diamond, the largest fancy vivid blue diamond ever offered at auction, and jewels from the collection of Princess Gabriela zu Leiningen,” said Rahul Kadakia, international head of Christie’s jewelry, in a statement.

The World’s Second Largest Diamond Could Bring in $70 Million at Auct...
Scroll to top