Black diamonds are among the most popular color of colored diamonds, and they are on everyone’s wish list this year (or they should be!) 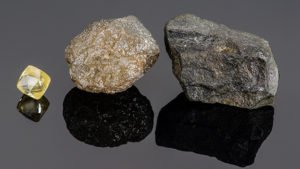 Carbonado, commonly known as the “black diamond”, is the toughest form of natural diamond. They are even harder than the majority of colorless diamonds as a result of differences in their structure.  Their natural color is black or dark grey, and black diamond is more porous than other diamonds.

Some scientists have proposed that their source was a supernova which occurred at least 3.8 billion years ago. After drifting through outer space for about one and a half billion years, a large mass fell to earth as a meteorite. It possibly landed in the regions that would later be Brazil and the Central African Republic, the only two known locations of carbonado deposits.

Sergio (Portuguese Carbonado do Sergio) is the largest carbonado and the largest rough diamond ever found. It weighed 3,167 carats or 633 grams and was found in the State of Bahia in Brazil in 1895. Like other carbonados it is believed to be of meteoric origin.

Described as modern, chic & mysterious, the black diamond is perfect if you are looking for a gift with a little something extra this holiday season.  Take a look at the selection below. 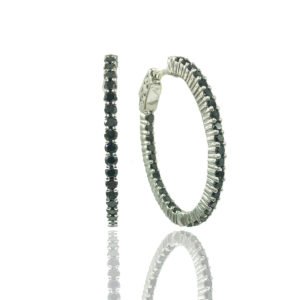 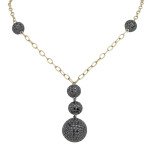 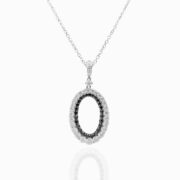 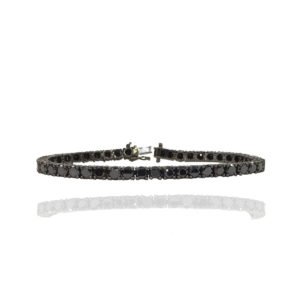 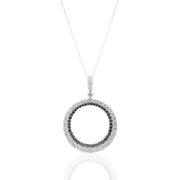 Black not your color? Look at other Fancy Colored Diamond Pieces in the Fine Jewelry Collection HERE.

History’s Famous Diamonds & What They Are Known For

Garnet: The Most Ancient Talisman
Scroll to top