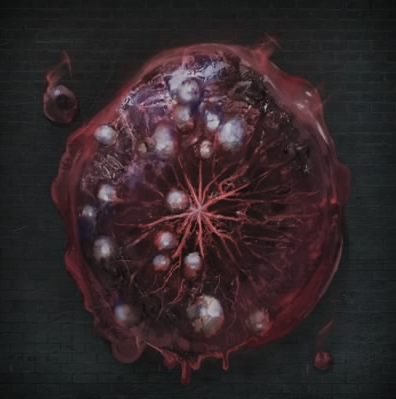 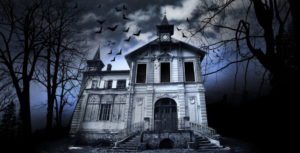 Halloween is the second largest commercial holiday in the United States, and is celebrated in approximately one hundred countries. Over seven billion dollars is spent yearly on candy, costumes and activities in the United States alone.  People enjoy being scared while in a safe environment and they are willing to pay for the experience. It is estimated that there are over 1,200 haunted attractions, 300 amusement facilities producing some sort of Halloween or Haunted House event and more than 3,000 charity attractions that open for one day on Halloween or one or two weekends in October.

Our love of being scared is by no means a recent phenomenon. Tales of cursed objects and haunted attractions have a long history that dates all the way back to our earliest civilizations. Gemstones are no exception. There are stories of superstition and cursed gems dating back centuries. Take a look at some of these (in)famous gemstones and their tales below. 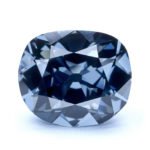 The Hope Diamond is easily the most memorable of all jewelry. Rumor has it the original stone was stolen from a Hindu idol!
Here’s a list of just a few who owned this diamond and their unfortunate fate:

Finally, there is the story of Mrs. Evalyn McLean. She purchased the Hope Diamond in 1911. Claiming she could reverse any curse, McLean threw lavish “finding the Hope” parties where she would hide the gemstone somewhere in her estate and invite guests to look for it. Sadly, the gem did not spare the McLean family either. In the end McLean’s son was killed in a car crash, her daughter died of an overdose, and her husband left her for another woman. 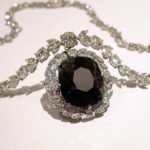 The Black Orlov Diamond is gorgeous, however it too is rumored to be cursed. It is also known as “The Eye of Brahma Diamond”, because the stone was allegedly stolen from one of the eyes in a statue of the Hindu god Brahma. That might explain the curse, and the suicides that follow the owners of this black diamond.

J.W. Paris brought the diamond to the US in 1932, and jumped to his death from a skyscraper in New York. The next owners were two Russian princesses, Nadia Vyegin-Orlov and Leonila Galitsine-Bariatinsky, who both committed suicide (months apart) by jumping to their deaths from buildings in Rome. The diamond was then cut into three different pieces by a jeweler who thought that dividing the stone would break the curse.

The Koh-i-Noor Diamond, weighing in at 186 1⁄16 carats, can be seen in the Tower of London on display as a massive part of the Crown Jewels. Throughout history, the gem traded hands among various Hindu, Mongolian, Persian, Afghan and Sikh rulers, who fought bitter and bloody battles to own it. According to folklore, a Hindu description of the Koh-i-Noor warns that “he who owns this diamond will own the world, but will also know all its misfortunes. Only God or woman can wear it with impunity.” The diamond was taken from India in 1850 and given to the British Royal Family. Today, it’s currently set into the Crown of Queen Elizabeth (which is the crown that is on display). According to the warning, the Queen, being a woman, is safe.  Every man who has worn the jewels however has lost the throne! 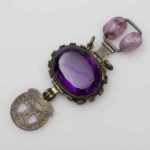 The Delhi Purple Sapphire was discovered just 30 years ago by Peter Tandy, curator at the Natural History Museum in London. It was found inside the museum’s “mineral cabinets”, supposedly sealed inside several boxes, surrounded by protective charms. It came with a warning:

“Whoever shall then open this shall first read out this warning, and then do as he pleases with the jewel.  My advice to him or her is to cast it into the sea.”

The gemstone (not technically a sapphire) is suspected to be part of a looted treasure stolen from Temple of Indra in 1857. The cursed quartz was brought into England by Bengal Cavalryman Colonel W. Ferris, who eventually went bankrupt. His son, who inherited the stone, also went bankrupt. The gem was purchased by writer Edward Heron-Allen, who later claimed it brought him nothing but bad luck. Heron-Allen gave it away to friends, who promptly returned it after experiencing their own run of misfortune.

The jewel was eventually sealed up and sent away to the family banker with the instructions that it should stay forever locked away until Heron-Allen’s death and under no circumstances was Heron-Allen’s daughter ever allowed to touch or possess the stone. After his death, Heron-Allen’s daughter donated the amethyst to London’s Natural History Museum in 1943. Along with the stone, she gave them a letter that her father wrote cautioning future owners against directly handling it. 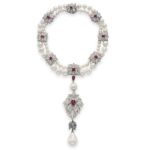 Elizabeth Taylor loved her gems — and one of her favorites was La Peregrina Pearl, a 50.6-carat pearl that is one of the largest found pearls in the world. The pearl was discovered in the Gulf of Panama during the 16th century. King Philip II of Spain gave the pearl to Queen Mary I of England before their marriage in 1554, but he later abandoned her and she died in 1558 without an heir. She was nicknamed “Bloody Mary” after her death because of the hundreds of Protestants she ordered to be executed during her five-year reign. Following the queen’s death, La Peregrina Pearl was returned to King Philip II, who then proposed to Mary I’s younger half-sister, Elizabeth I. The pearl was worn by Spanish royalty until the 19th century, when Napoleon Bonaparte invaded and the French seized the Spanish crown — and the pearl.

La Peregrina Pearl was passed down to members of the Bonaparte family, but was ultimately sold to Lord James Hamilton in 1873. It was then sold at a Sotheby’s auction in 1969 to Richard Burton, who gave it to his wife, Elizabeth Taylor, as a Valentine’s Day present. The couple married and divorced twice — with their second marriage lasting only nine months. Elizabeth Taylor held on to the pearl and married a total of eight times. 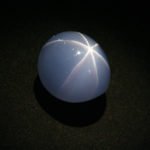 The deep blue, oval star sapphire known as the Star of India weighs 563.35 carats. In 1900, the sapphire was donated by industrialist J.P. Morgan to the American Museum of Natural History in New York. It was stolen from the museum in 1964, when a group of thieves left a bathroom window unlocked during the day and then climbed in through that window at night to take the stone.

At the time, the uninsured gem was protected by an alarm, but as luck would have it, the alarm’s battery was dead, according to media reports. The men snatched the gem, along with several other precious stones that were on exhibit, and escaped back out the window. The robbery was one of the biggest gem heists in American history, but the three thieves were captured within only two days. While some of the stolen gems were never seen again, the Star of India was miraculously recovered, found in a Miami bus station locker several months later.  The Star of India was put back on display at the American Museum of Natural History, where it remains on permanent display to this day.

This is a reprint of some favorite gem mysteries from this time last year . 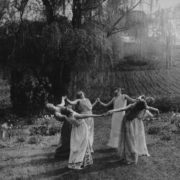 History’s Famous Diamonds & What They Are Known For
0 replies