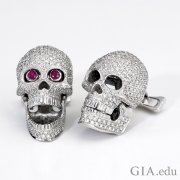 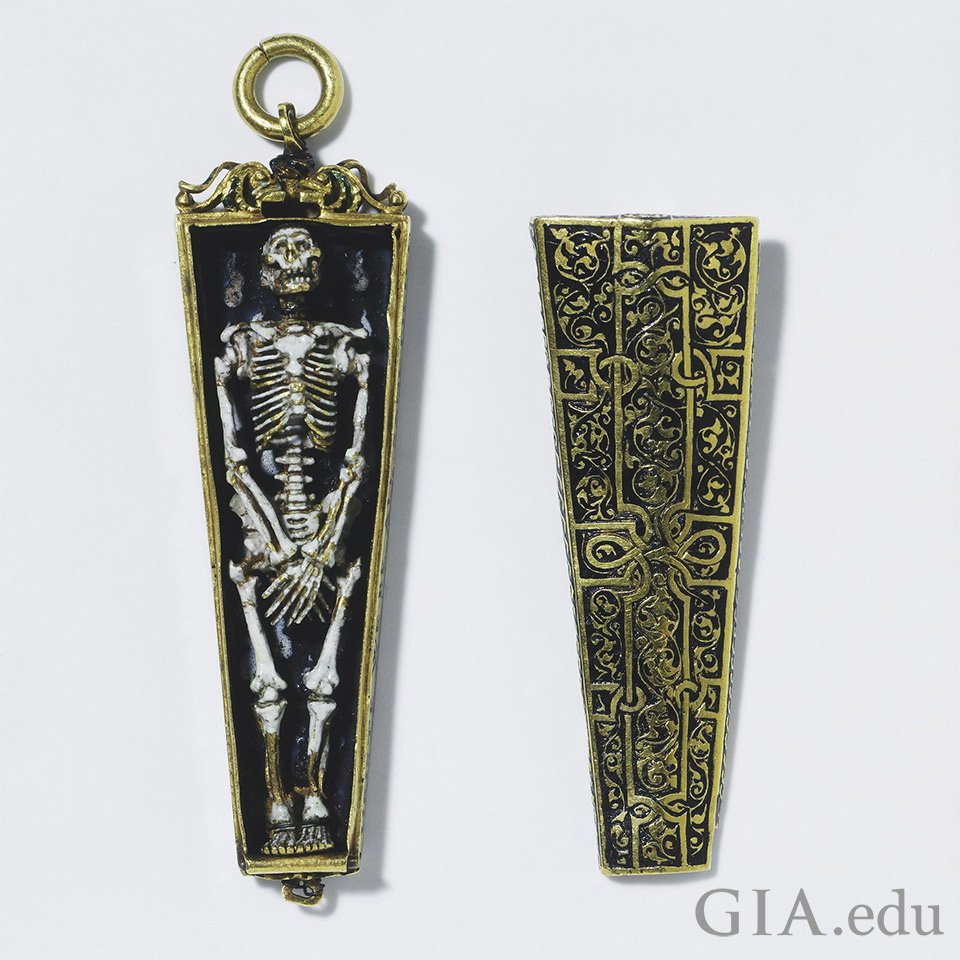 The tradition of wearing mourning jewelry goes back to at least the Middle Ages, when motifs like skulls and crossbones served as a tangible reminder of death. The exhortation memento mori, which literally translates to remember death, urged the wearer to live a moral life.

The popularity of mourning jewelry reached its peak during the Victorian era (1837-1901). Queen Victoria was deeply in love with her husband, Prince Albert, and when he died in 1861, she fell into a long depression. Queen Victoria spent much of the next four decades wearing black crepe dresses and mourning jewelry. She commissioned portraits, memorials, and busts of Prince Albert and other mementos that were reminders of her deceased spouse.

The symbols a society uses reveal much about it, and such was the case with Victorian era mourning jewelry. Gone were the skulls and crossbones of memento mori jewelry of the Middle Ages. Instead winged cherubs, clouds, mourners sobbing at tombs, urns, and weeping willows took their place. These new images reflected a change in philosophy – softer and more sentimental imagery was more appropriate to express these beliefs.

Death in the Victorian Era 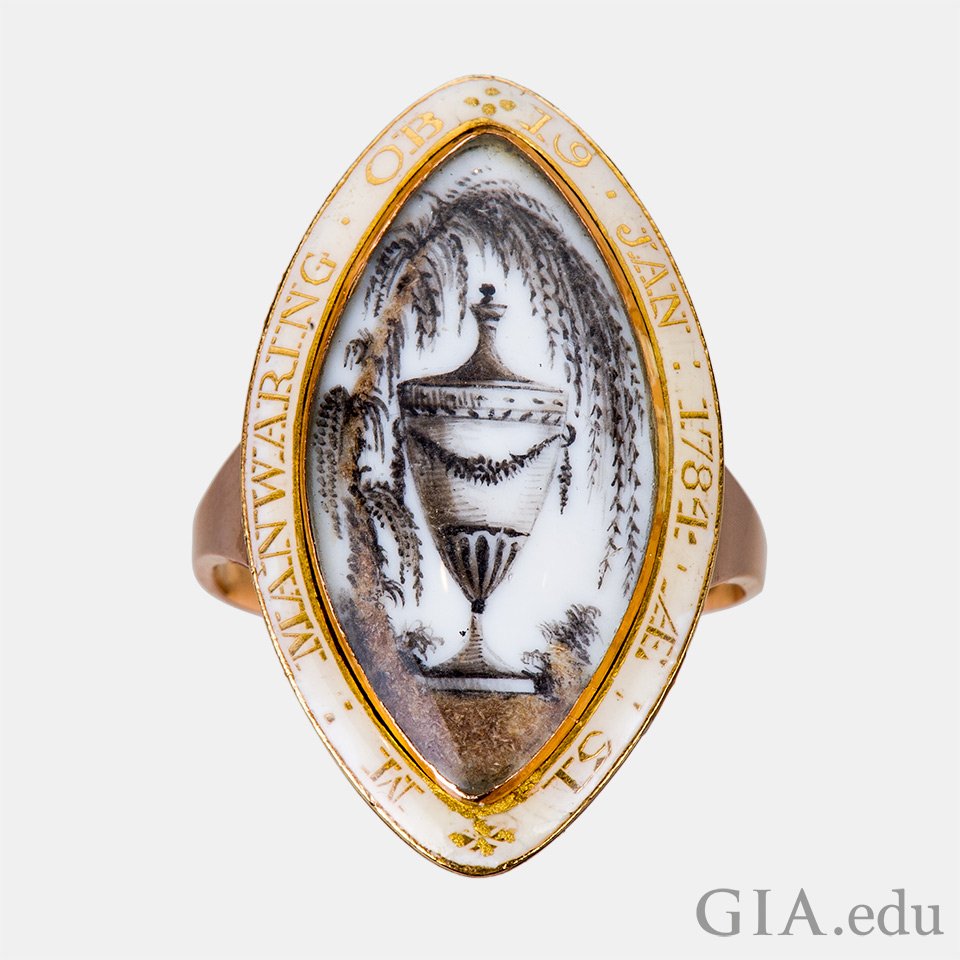 Mourning jewelry may seem dreary to our modern sensibilities, but understanding the times when it was worn lends a different perspective. The average lifespan during the Victorian era was 40 to 45 years. Europe was in a near constant state of war, and cholera, typhoid, smallpox, and scarlet fever were common killers. Approximately one in three children died before the age of five, and epidemics sometimes brought that number to one in two.

Simply put, death was a constant companion in the Victorian era. Mourning jewelry brought a little solace to the survivors who had to cope with frequent losses.

You probably won’t find Victorian era mourning jewelry lining a display case of your local jeweler – though these antique jewelry pieces are prized by collectors and are exhibited in museums.  In the end, perhaps mourning jewelry can be thought of more as an expression of love than of grief. Its purpose was to keep a departed beloved one near to the heart. And that is a sentiment that transcends culture and time.

Today?  You can still express yourself with black jewelry – Look at black gold and black diamonds on the site!

Tourmaline: One of October’s Birthstones